Party At The Races – Brighton

I know what you’re thinking. Do horse-racing and music festivals actually go that well together? I mean, they’re not the most natural pairing are they? But then again why not? If you want to put on a party and embrace difference, then Brighton is the place to do it !

With the ultimate pre-party allowing 190 lucky clubbers get to celebrate in British Airway’s new i360,Brighton. The pre party included Ibiza DJ Ridney playing non stop music until the pod returned back to the ground ready to continue at Brighton Racecourse.

The event included an incredible 14 hours of quality music from 1pm to 3am! Party at the races was truly a party.

DJ’s from Cafe Mambo and Space Ibiza performed on one of the stages giving us the Ibiza club scene vibe. On the main stage global DJ Jonas Blue and Headlining act Basement Jaxx brought the party to another level with the crowd going insane.

The event included virtual horse racing, projected onto the big screens outside, and inside on the Grandstand TVs, with horses named after artists performing on the night! 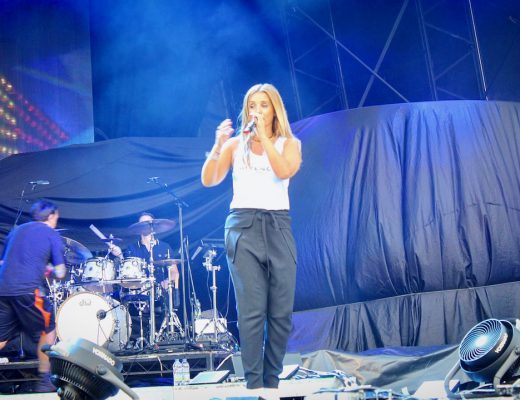