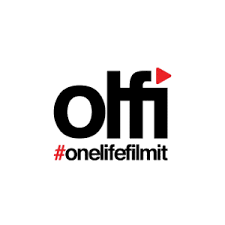 Earlier this year I was fortunate and blessed to be sponsored by Olfi Camera. Olfi are the manufacturers of the ‘one.five’ 4K action camera based in Wales, UK.

Initially the directors of the company were intrigued to know how a Brighton based blogger would use this camera for his Vlogs, Interviews and photography – but soon after the camera had arrived they were to see the visual content I had captured, and continue to capture. Many of my images and filmed content taken on the Olfi One.Five has been used and shared by companies and brands including Visit Spain, Visit Brighton, Pirates Holiday, Segway, London Fashion Week 2017, Brighton Tattoo Convention 2017  and lots more. I have and continue to use the Olfi One.Five on many of my Vlogs, Instagram stories, photography and interviews whilst also using the GoPro hero 5 black.

Both the Olfi One.Five and the Gopro Hero 5  are primarily used to capture different angles when I am filming, also the other can be used as a back-up if anything was to happen.

As I use both cameras for my blog and social media sites, I felt the need to write a review comparing the two devices.

Firstly, it is important I state that I love both of these cameras. I have familiarised myself with each of their features and I can easily access these features.

In my opinion, I believe that the market leading action camera GoPro Hero 5, offers the added extra voice control and touch screen compared to the OLFI One.Five. Although,I feel I do not use these features on the GoPro as both cameras have 2 manual buttons which is much easier to use, especially when you have minimal time to set up and start filming or shooting a photo. Personally, I do feel when using the GoPro hero 5 voice control option, you can be repeating ‘GoPro Take Photo’ a number of times. –which sometimes can be embarrassing.

Another added bonus to the Olfi One.Five which makes their product unique to other brands on the market is that not only do they offer a remote selfie stick similar to a gimbal, BUT they also retail the remote and strap which is like a remote control watch to help capture great content with ease and convenience to yourself. (plus it looks really slick.)

If I had to recommend one of these cameras to someone, I would say either of the two cameras would be perfect, depending on how much you are willing to spend. This is where you make your decision on choosing the right 4k action camera for yourself.

Now here is where your decision on choosing the right action camera is highly influenced.

The Price for the:

The price seriously makes a big difference when choosing the right camera. Although there is a significant price difference, overall there is less of a difference between the two cameras. The price certainly does not affect the quality of the Olfi One.Five nor the design of the camera compared to the GoPro Hero 5.

The Olfi One.Five has quickly revolutionised its way of being a versatile 4k camera, unlike other action cameras which markets their product specifically for sports activities and sports enthusiasts, this particular camera has successfully proven that it can be effective for bloggers, photographers and videographers too.

To purchase an Olfi One.Five Camera please follow the link below.